OKLAHOMA CITY, OK -- 3/10/20 -- Rejeania Strayhorne heads into her apartment in Norman, OK. She stays with her cousin during the week in Oklahoma City when she works. She is planning on buying a car soon and will be able to spend more time on her own when she has transportation secured.
Rejeania (cq) Strayhorne was paroled last August after serving 17 years of a 30 year sentence for trafficking. She was in the home of a dealer at the time of the raid and was arrested along with him, but she says she was an addict not a dealer. Now she earns $15/hour collecting signatures for SQ 805, a ballot initiative that will reduce sentencing enhancements that have made Oklahoma prison terms among the longest in the nation.
Oklahoma incarcerates more people per capita than any other state, and incarcerates women at a rate that ranks second globally. However, bipartisan efforts at criminal justice reform have been making inroads and the state’s progress at decarceration is among the nation’s fastest.…by André Chung #_AC18632 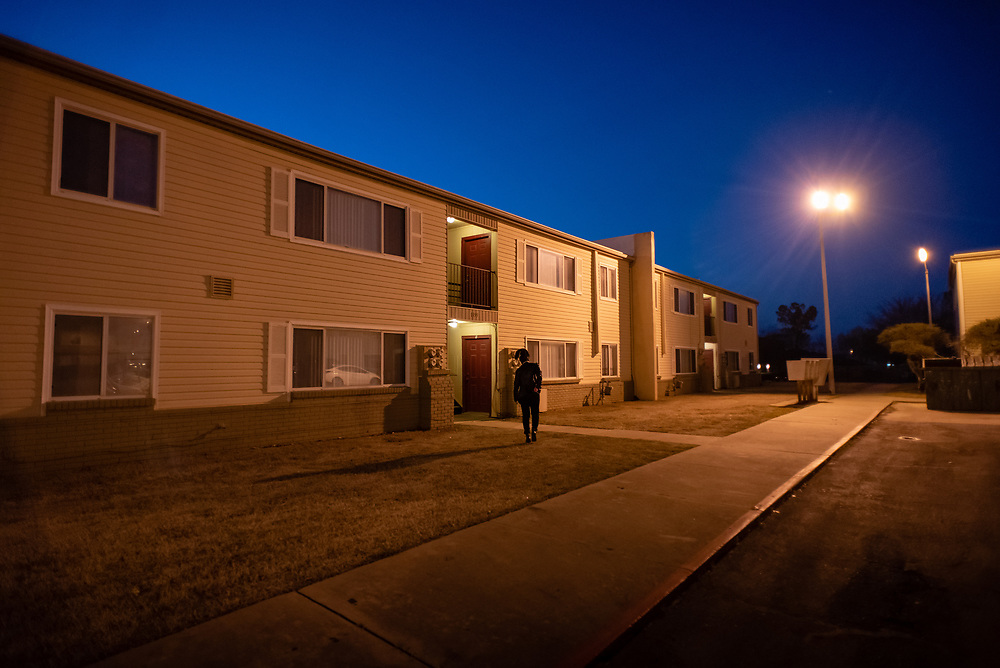